The Everhot Range Cooker Offers All You Need To Cook Delicious Food.
As With Any Product You Need An Informed Decision When
Purchasing A Second Hand Model

The Everhot control unit is available in two basic forms. The older analogue control box and the newer digital version. The older variety can be identified by the dial based controls and the newer by button control with digital displays.

Control Box Function
All Everhot models are based on the same control box with the 120 and 150 featuring 2 control boxes offering double the cooking capacity.
The function of both boxes is very similar and offer the same great cooking ability. Each control box section operates its own cooking zone, with the analogue version settings ranging from 1 -10 whilst the digital is set in degrees centigrade via buttons.
The basic operation remains identical and both offer the same five zone cooking, 1 x Hot Plate, 1 X Simmer Plate, 1 x Grill,  1 x Top Oven, 1 x Bottom Oven.
From the 60 to the 110+ each model has the same heat generating ability using the full electrical capacity of a single standard 13 Amp  socket. The only difference is in the i models (90i, 100i, 110i, 120i and 150i) which include a completely separate induction hob requiring its own 13 Amp power supply and uses touch controls on top of the induction hob itself.

The Grill
As the four main cooking zones (Hot Plate, Simmer Plate, Top Oven, Bottom Oven) use the full electrical capacity of a single standard 13 Amp socket the cooker switches them all off when using the grill. As a heat storage cooker the other cooking areas will remain at cooking temperature for a considerable amount of time (longer than grilling!). The upside to this method is the grill element can heat up very quickly and offers great cooking function.
The grill itself offers no control over temperature but instead uses a timer setting and when the timer runs to zero the grill automatically turns off and the 4 main elements return to normal function at the previously set temperatures .

Eco Control Box
The newer digital control box comes in two version (eco and non-eco), the eco functions were added to the control box to enable the cooker to run at reduced temperatures for a portion of the day (night time) enabling slight reduction in running costs. 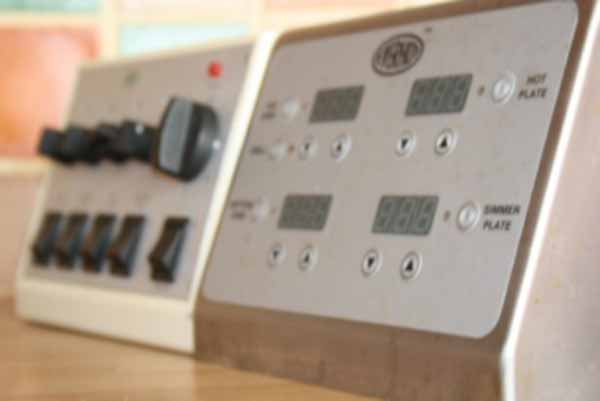 The Everhot Range Cooker has evolved over is time but the same great function remains with aesthetic improvements. The range has grown to  include 11 variations of the same great function. The 60 is where it all started and has continued growing ever since. They then added the 90, 120 and 150, increasing the size to fit into different kitchen settings.

The 60, 90, 90+, 100s, 100+ and 110+ all offer the same heat producing capability from 4 main cooking elements with a fifth in the grill. The + models makes use of the simmer plate heating element and places it in its own separate housing increasing the available cooking space from the same number of elements. 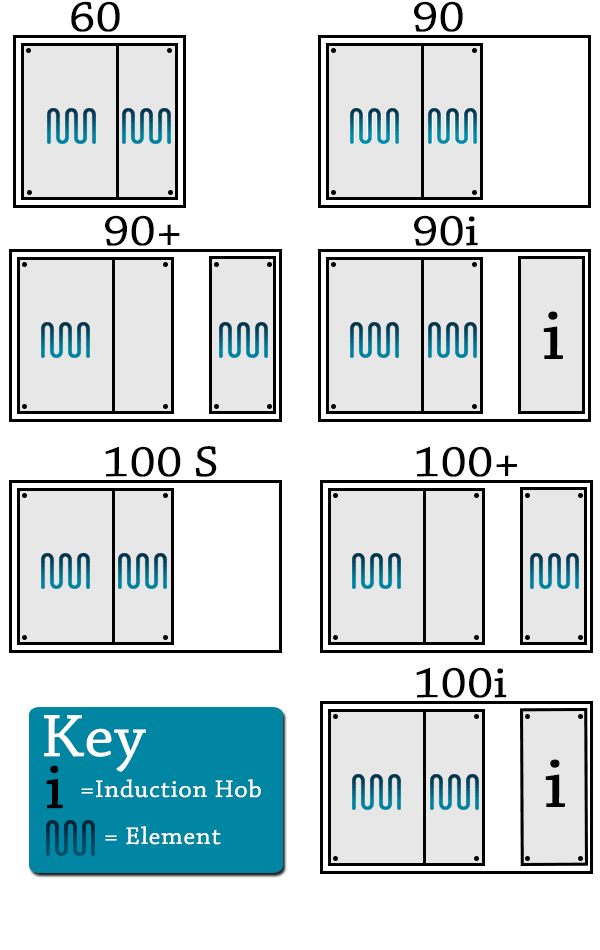